Are you looking forward to the Hindu festival of Holi on Monday 17th March 2014? Where there is so much love, life, fun and frolicks and not to forget all the delicious and decadent food on offer. Holi is a major festival in the Hindu calender as it marks the start of harvest and we say goodbye to the Winter months which is celebrated over two days. Many of you will signify Holi as a festival of colours right? However, there is a lot more associated with it and what I am sharing is the knowledge and education I gained from my elders and Religious Education classes. As a young child I was so enthusiastic in learning about various festivals celebrated in the Hindu culture especially it’s significance and rituals.

On the eve of Holi known as Holika Dahan we celebrate the victory of good over evil in the story of Holika, Hiranyakashipu and pralad. Holika was a demoness sister of King Hiranyakashipu and  Pralad was the son of the King. King Hiranyakashipu’s desire was to be immortal and by performing certain rituals and his cunning nature
he was granted special powers which were: Never to be killed by animals, human or handheld weapons, indoor or outdoors day or night, land or sea. His desire was that everyone should worship him as god and if his orders weren’t obeyed then those individuals would be killed. His son Pralad disagreed with his fathers decisions and actions and chose not to obey his orders instead Pralad worshipped Lord Vishnu. This angered his father and as a result King Hiranyakashipu made several attempts to kill his son, however, he was unsuccessful. It was at this point he turned to his demoness sister Holika for help. Holika was given a special shawl to wear which protected her from any harm from fire, this way they tricked pralad to sit on Holika’s lap in a bonfire.  Pralad continuously chanted Lord Vishnu’s name and as the fire progressed, the shawl flew of Holika and covered Pralad, Holika was burnt and Pralad came out unharmed.

Following this event, Lord Vishnu presented himself as Narshima (half lion and half human) and at dusk, he took King Hiranyakashipu to his doorstep, placed him on his lap and used his claws to fight the King and as a result the King died. Victory of good over Evil. King Hiranyakashipu’s special powers didn’t work as Lord Vishnu cleverly choose his actions that wouldn’t conflict with these special powers. Pralad was then made the King and everyone lived free from fear hence on the eve of Holi, a bonfire is lit corn, coconuts and sugar candy are thrown into the bonfire as an offering to Holika.

On the day of Holi known as Dhuleka, there is no pooja,it is a day dedicated to pure fun, the air is covered in colours, lots of love and happiness. Lord Krishna always harassed girls in the village wither by stealing buttermilk or with spraying water hence holi is also associated with him for his mischevious behaviour. It is said that on this day enemies get together forget about the sourness and bitterness of the relationship and enjoy themselves. Holi brings families and communities together and strengthens the bonds. Families visit each other with food and gifts to share. The range of food on offer is immense and ofcourse after a fun filled few hours of spraying each other with coloured water or plain powdered colours who wouldn’t be ravenous? Chaat dishes, Aloo Tikkis, pakoras, gujiya, mal pua and the list goes on. This gently leads onto the subject of drinks on offer.

Thandai a drink made with milk, almonds and spices is the most popular drink served during Holi and Mahashivratri. Traditionally thandai is laced with bhang(marijuana) so that people are under the influence of this and have immense fun, but to be honest we can have equal amounts of fun without it and I’m so glad to say that Thandai can be made and enjoyed without it. You can find various recipes for making Thandai as ingredients vary slightly form one to the other. As a child ,celebrating Holi in Mombasa was a memorable experience as we would get together in open air at the temple and there would be queues upon queues of people eagerly waiting with empty bottle waiting to be filled with this delicious bhang free thandai. The flavours of this drink have ever since been retained in my taste buds. When I recall this drink I naturally think rose, pepper, milk, fennel seeds all the important ingredients that combine together to make this mouthwatering drink. So here it is, make it and relish every sip.

1. In a bowl add 100ml water, place 2.5 Tsp of fennel seeds, all the almonds,black peppercorns and poppy seeds and cover. Leave to soak for 2-3 hours. I soaked mine for 3 hours to get a better paste.
2. In a pan pour the remainder 300ml water, add pinch of saffron and all the sugar. Heat this mixture until the sugar has dissolved, do not boil. Leave aside to cool down.
3. Once the 2-3 hours are over, place the soaked ingredients with the water in a grinder and grind into a smooth paste.
4. In a deep bowl, using a fine mesh sieve press out all the liquid from the paste, you do need to put a lot of pressure to allow every bit of the liquid to be released. If you do not have a fine mesh sieve you can use a cheesecloth/muslin. In a seperate bowl add the dry contents of the paste, add some saffron and sugar water and re sieve to collect all the liquid. The almond paste should be completely dry, this shows you have drained all the liquid,once achieved discard the dry paste.
5. To this sieved almond paste liquid, add water, 1.5 tsp fennel seeds, cardamom powder, milk and rose water. Stir and chill in the fridge. 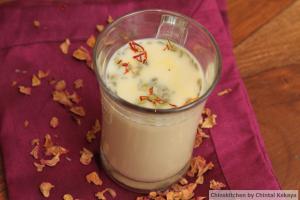 To serve your Thandai, pour it in a glass, add a few strands of saffron and enjoy it cold.

Wishing you all a Happy Holi 🙂 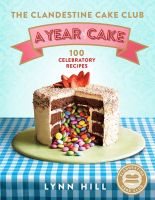 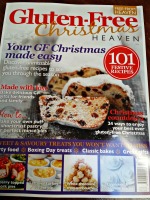 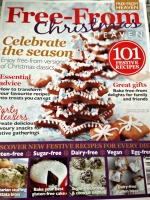 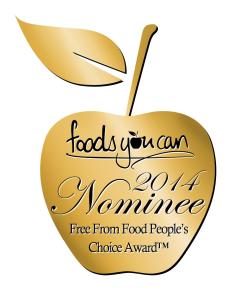